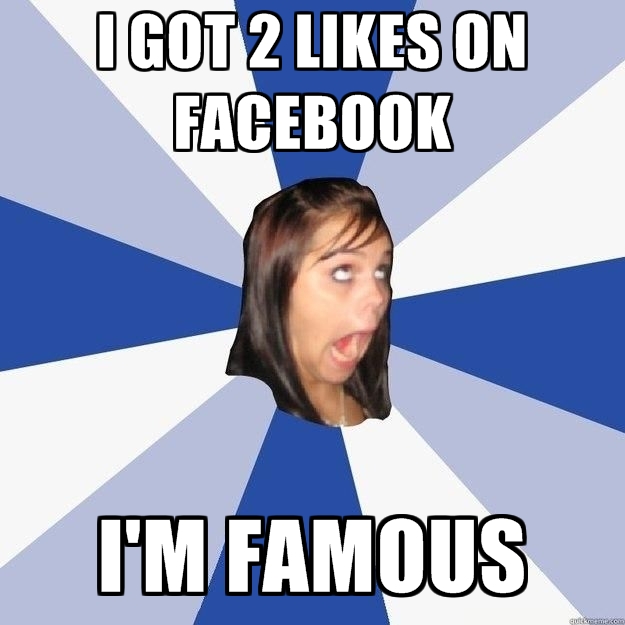 It seems like a lot of peoples main goal in life these days is to become popular and famous on Facebook. If I didn’t know any better, I would think that every single person on Facebook was some type of celebrity. People fight, cuss each other, accuse and counter accuse over who is more popular on Facebook. Facebook has changed and got a lot people thinking that they are more important than what/who they really are. But hey, don’t get it twisted, some FB people still know that we are regular as hell. Let me tell you a funny, true life story about when being famous on Facebook goes wrong.

So I am a friend of this guy on Facebook who has a lot of FB friends and followers and every time, he posts something he would immediately get a lot of likes and comments. I didn’t know who this guy was personally, but judging from his Facebook page, he seemed like a pretty fun. rich guy who had life all figured out.

Today, I walked into the banking hall and guess who I see? Yes, you guessed right. Mr Facebook Famous is apparently a security man at the Bank. When I saw this guy, he was literally in a white and blue uniform opening doors for people at the entrance of the banking hall. In my head I was thinking, now why doesn’t he post these types of pictures on Facebook. I bet if people knew that he was a security man in real life, they would not be so quick to want to swap lives with him. Now don’t get me wrong, there is nothing wrong with being a security man, but when you post pictures of yourself flaunting cash and you driving cars, I can’t help but to wonder, where did all of that come from. I know security men aren’t making big cash like that.

I meet people from Facebook at random places sometimes. Some recognize me and they walk up to me saying things like ” I like what you post on Facebook” “Keep it up” etc etc. And they are my witnesses to the fact that, I don’t know what to say anytime people tell me stuff like this in the real world. Why? Because I am a shy person in the real world. Forget the noise and jokes I make on Facebook for a few seconds. I am a normal, healthy Level 300 boy and that’s pretty much about it. I can barely even keep a conversation running for 15 minutes unless I get to know you.

My point is, I meet people from Facebook randomly and they live completely different lives in the real world. The same people who be turning up in big big cars are the same people who pick trotro to their schools because they don’t have cars. And by the way, why do people attend public social events with their mouths? You see “Ghana Music Awards loading” but after the events is over, you don’t see any pictures of them attending. You told us, you were going, so you owe us pictures of the events. Logic. Facebook is full of cat-fishers. People live like Kings and Queens on there, but in real life, they are modern day paupers. I just wish that people would keep it real. You don’t have to lie to us! The first and foremost rule is to be truthful to yourself! Being popular on Facebook is like being rich in monopoly. In other words, you still aint got shit cus it aint real.

So to everybody so concerned about how they look on Facebook and other social media platforms, take a look at your real life. Get your shit together, and stop pretending like its together. Because at the end of the day, all of those likes and comments don’t mean shit when it’s time to pay your bills. Facebook should be a no flex zone because there are just too many people faking.