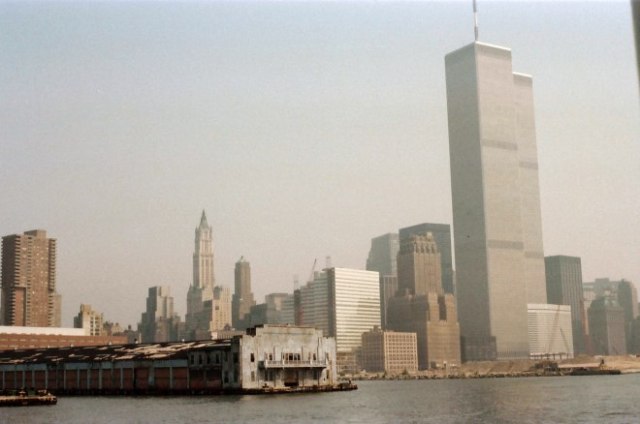 Because I lost my phone, I have kinda closed my mind towards the events happening in the world around me and hence, I almost completely forgot about the September 11 Memorial Day. I am insensitive. I should have written something about it, but I forgot and maybe, just maybe, I forgot for a good reason.

13 years ago, I was a young 8 year old boy who only cared about not missing cartoons after school, playing with my friends, playing football, building Lego and coloring books. I was not bothered about anything and I did not know what the words insecurity and danger meant and felt like.

But I remember on that day, I was home when I overheard the adults talking about the events unfolding on our television. To an 8 year old boy, those events felt like worlds away. I wanted attention for myself from my mum but she was focused on the television screen, listening to the news reports flooding in.

I tried holding her to grab her attention and she gave me a stern warning to behave. I later learned that the events of September 11 were not some minor happenings like car accidents and violence I saw all the time on news. This was a major calamity, killing thousands and impacting millions around the world.

But life keeps going on. Seth MacFarlane, creator of Family Guy was supposed to be on Flight 11 from Boston to Los Angeles. Flight 11 was the first plane to impact the World Trade Center. MacFarlane had woken up late, got lost trying to find his terminal, and missed his flight. He was later asked about possible “survivor’s guilt”; that feeling you get that it should have been you, not them. He didn’t believe in survivor’s guilt, and he made a good point. What happened to him and what happened to a lot of people can happen any day in your life, MacFarlane said, a car could come too far over into your lane or you could choke on your food or a television set could fall on your arm and force you to amputate it. September 11, 2001 was a catastrophic event, and people who survive or who have lost loved ones often are filled with guilt. While it’s good to remember, it’s also good to forget that it could have been you. A coincidence is out of your control.

Some of us are here for just a short time, some are here for decades. And we all leave in different ways. That day 13 years ago, so many people lost their sons, daughters, mothers, fathers, aunts, uncles, cousins, best friends, teachers, mentors. Roles ended, memories started.

I know some people say the Americans should just move on. That, since it was 13 years ago, the best way to honor the ones who were killed would be to live life to the fullest today. Those of them who are left have so much to be grateful for. We will all have to leave someday, our stay here on Earth is not forever.

Time is precious. I want to work hard to turn my dreams and goals into reality here. Hopefully, by the time it’s my turn to leave, I will have accomplished my life’s mission.

And I hope no one ever forgets what happened that day. I don’t mean just having the knowledge that it happened, but that, in the middle of living life to the fullest every September 11, we would all have a really strong sense of what occurred.

If we don’t, we should stop for a while and really remember. It is hard. It is gut-wrenching. But it’s necessary.

I will never forget ever again. And I don’t want to forget. It would be wonderful if we could live in a peaceful world every day, a world where we see good human nature overpower and conquer all the evil.

May we have very few of these days in our lives, may those attacks never happen anywhere else in the world and may we always remember those that lost their lives. RIP to all the victims of the 9/11 Attacks. And if you want to remember, feel free to do so because remembering is best way we can help good to triumph over evil.